Decide which type of CPU to use 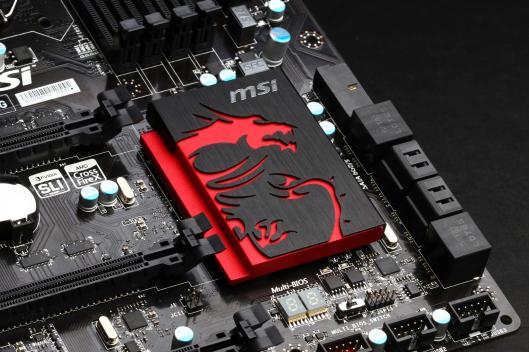 If you are overclocking your CPU, you have to get a Gigabyte Z170X motherboard that allows you to change the FSB speed and CPU voltage in small increments.

RAM support and no of memory slot

Your motherboard must be able to support DDR2 RAM, for a simple reason that DDR2 is currently the fastest RAM in the market. Extra thing to take note is the maximum speed of RAM that the motherboard supports. Some motherboards can support only up to DDR2 667MHz RAM while the latest ones can support up to DDR2 1066MHz.

In addition, you may want to upgrade your RAM in the future, therefore your current motherboard must have at least 4 memory slots and can support up to 8GB RAM so that you have the option to upgrade in the future.

SLI / Crossfire ready motherboard means that you can make use of two identical high performing graphics card to render the graphics, thus achieving a faster and more realistic video effects. Not every motherboard supports this feature. As video effects getting more and more advanced, it will be soon that SLI or Crossfire technology becomes the standard for video display. Therefore, even if you are not using this technology now, it is still advisable to get a gaming motherboard with SLI or Crossfire feature.

SATA2 can transfer data at twice the speed of SATA 1. When it comes to gaming, every single speed counts and that increase in speed might be the deciding factor in your game. A SATA 2 port is backward compatible with SATA 1 devices, but not the other way round. It is better for you to get a motherboard that supports SATA 2 devices. In addition, if you are using RAID, then you have to get a motherboard that has four SATA 2 ports.

You might want to consider extra features such as extra USB2.0 ports, firewire, integrated LAN and front-panel LED when choosing a gaming motherboard. Some of the motherboards contain more features than the other and you have to compare around to see the differences.

Features such as integrated sound and video are not as important in the best gaming motherboard since they could not contribute well to a good gaming session. For a gaming computer, you have to get a separate graphics card and sound card so as to play the latest game in the market.

When getting the best Intel motherboard, it is worthwhile to do some market research and compare with various boards. Since it is the most important part in the whole computer system, don’t ever scrimp money on it.